The World Could Always Use More Heroes


You've heard me mention that there is a new love in my life - one of three main Blizzard games that I have fallen in love with.

Cast your minds back to Blizzcon 2014 - an entire section of PCs was blocked off, no one knew what they were going to be for. Rumours were abound that there was going to be something new, but no one expected the announcement that was to come.

It was announced that much of Overwatch had come from the hush hush and abandoned Project Titan, which for a long time a lot of people thought was going to be the new Blizzard MMO. You can still see some elements of a larger world with the back stories that each character has been given and the world that they live in. 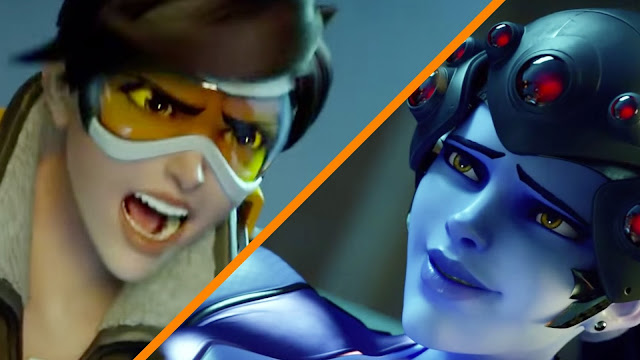 As with any new game, OW has had a few teething issues and balancing problems over the course of the last year. The game originally released with 21 heroes available to play, with many streamers and people lucky enough to get in the beta before the game launched there was a lot of testing and pushing of mechanics.

The game itself has been likened to Team Fortress 2 with similar team comps and a lot of people changed from one to the other once OW went live.

The beta and release of Ow also promoted an explosion of highly skilled players streaming the game, giving it a wider audience and creating overnight popularity for some people.

Overwatch released on May 24th 2016 on PC, Xbox One and PS4. The servers were surprisingly stable for such a large global release, and knowing the issues that Blizzard repeatedly have on release days with server problems.

By June 2nd 2016, Blizzard announced that they already had 7 million players across all platforms - Blizzard had released OW. Blizzard stated that these 7 million players logged over 119 million hours, swapped heroes 326 million times, and delivered 11 million payloads in the little over a week since the game released. To say that the game had been a runaway hit was a slight understatement and must have been a relief to Blizzard as it was a gamble with a game so different to their other releases.

My personal love affair with the game began when I was lucky enough to get in to the beta. I had never played any kind of FPS game before so was a little apprehensive about trying it, however my love of Blizzard games as a whole was enough to get me to at least try it out.

Thus began my obsession with this game. I no-lifed the game throughout most of the beta, even watching people like Seagull play the game while I personally was not playing. WoW had reached a lull in content at this point so I was glad of something to do, even if I wasn't very good at the game itself.

I tried out most of the characters, enjoying the dynamic of playing against the AI with my friends while we worked out which characters worked well together and just generally having fun.

After a time, playing against the AI wasn't enough so I dove into the hectic madness of quickplay - back before there were such things as hero limits. It was a gamble whether you were going to get a composition that worked or whether you would end the match as confused as when you entered. 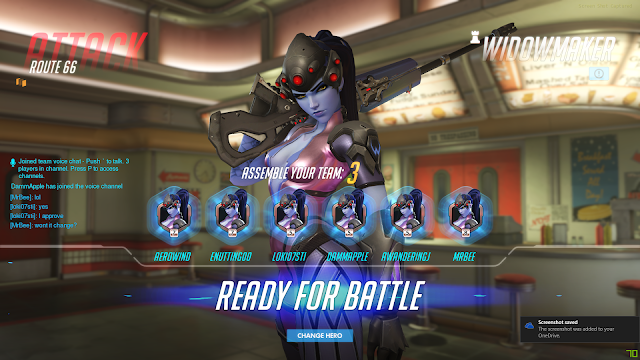 I very quickly fell in love with Mercy - I've always enjoyed healing in games, and it didn't require me to be able to aim. I am a literal Mercy main.

She inspired me to pick up my pencils for the first time in a very long time when the game first released, and I still love playing her to this day, though I have tried to expand my hero choice slightly (I'm not usually very successful at this!!)


Over the course of the past year I have put a fair few hours into the game, but still not as many as others, and while I have dabbled in the competitive scene, it is definitely not something that I excel at. 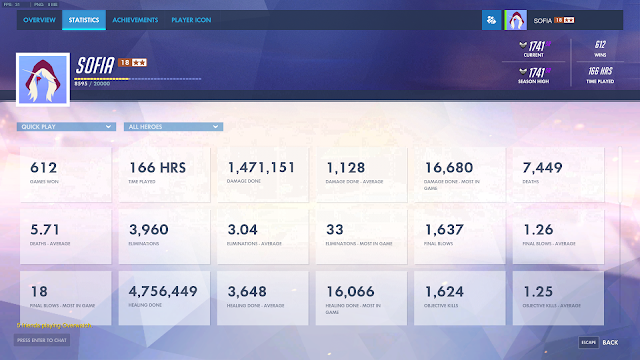 One downside at maining a support hero is the amount of dying that you do, as you can see by my statistics above - I sometimes do wonder how I still enjoy the game as much as I do!

Most people will play OW and try to spend time on a number of characters and swap and change easily as to the needs of the group - I do try to do this, however I think I need to spend some more time on the other heroes....

The current hero lineup has expanded since the game first released. There are now 24 heroes to choose from, with seven DPS heroes, six defense heroes, six tank heroes and five support heroes. The main quick play mode now only allows one of each hero, with the choice to multi-stack available as an arcade mode. 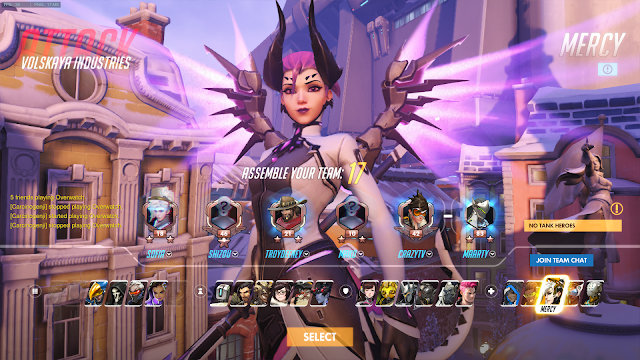 The game does try to prompt you if your team set up is missing something important like a tank or a healer, but players are able to ignore this (and frequently do, which is how I ended up a support main!)

An additional feature that the game has is multiple skins, emotes, sprays and other fun things for each character. These come from lootboxes which are available after each level you gain, or to purchase from the shop. Standard lootboxes are available all year around, however every few months there are event lootboxes available with limited time skins and sprays - the current event is to celebrate the Overwatch 1 year anniversary! 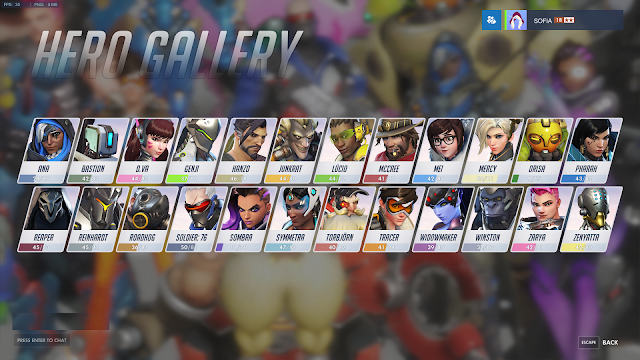 This keeps the game fresh and gives people a reason to keep playing if there is a skin or a spray that they want to get for their favourite hero.

As of April 28th 2017, Overwatch now has 30 million registered players and continues to be amazing and entertaining in every way.

thanks to the Overwatch community I have met some amazing people and made new friends bot in and outside the game itself, and I hope it continues to grow and gain new fans.
Posted by welshjemz at 15:23 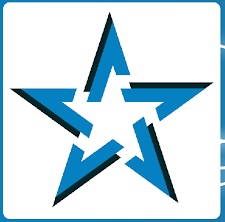 You can apply for the Mythic team here:

You can apply for the Heroic team here: